It was my birthday the other week and some really good friends of mine got me the brand new 'Humming Bird Bakery Home Sweet Home' book as a gift. It was really hard to know what to bake first. But I decided on these, Grasshopper Slices. 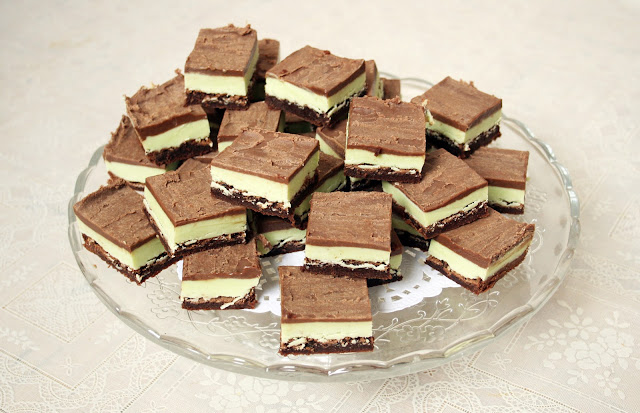 It's a 3 layered tray bake, brownie base, mint filling and chocolate topping. When I was at Secondary School, they used to sell something called mint cake that looked very similar and I loved it, that's why I chose this one. 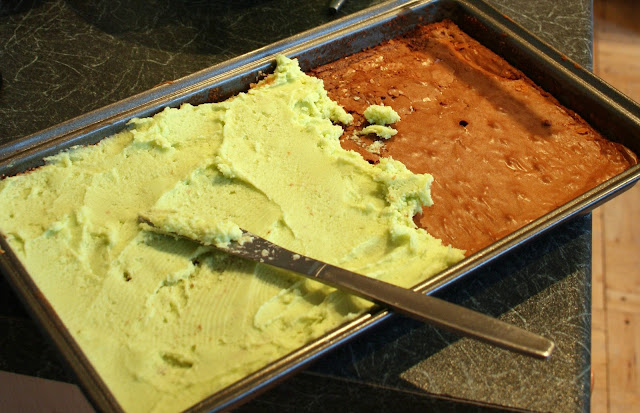 The mint filling was a bit faffy to make. It's a white chocolate ganache with peppermint essence and green colouring. I haven't had a lot of experience with ganache, originally the recipe asks you to use 1kg, yes that's 1kg of white chocolate (which is ridiculous!) so I halved the recipe and used 500g (which is still pretty ridiculous but I'd set my heart on making it by this point). 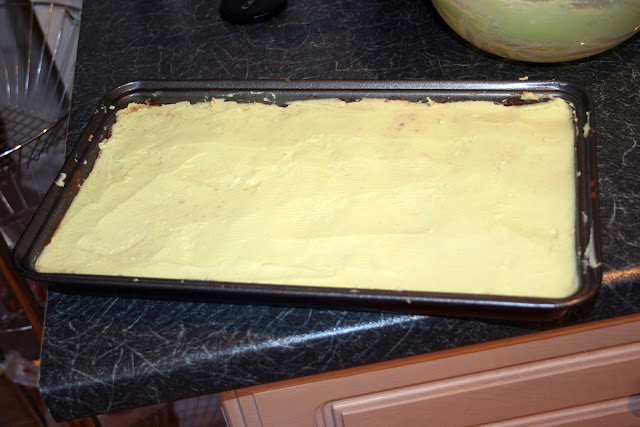 So I heated up some double cream and poured it onto chopped up milky bar and stirred and it went into the gungiest mess ever and I thought how is this ever going to turn into ganache?! So I put it in the fridge and after 30mins and a stir it did - phew! Then I stirred in the peppermint and green colouring. 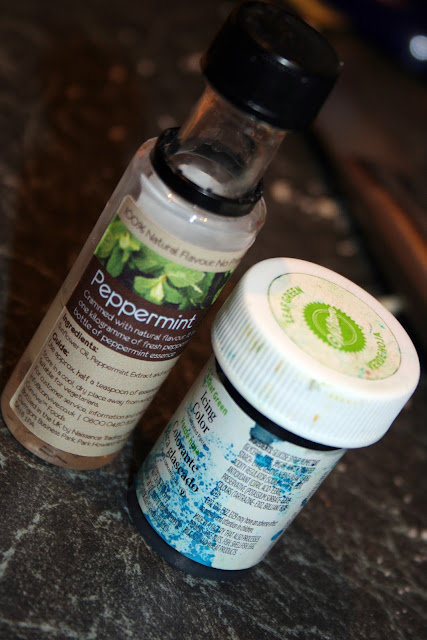 I did the same thing with the chocolate topping, the original recipe asks for dark chocolate but the shop I was in didn't have any so I used galaxy. 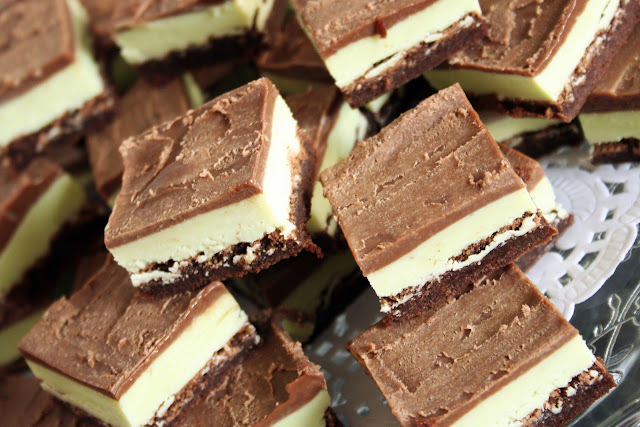 They came out well. I think dark chocolate would have been nicer, and I need to work on my ganache skills (not pleased with the top layer!). Tim (husband) doesn't like mint in cakes and declared he refuses to eat toothpaste!! ha ha. Oh well can't please them all.... 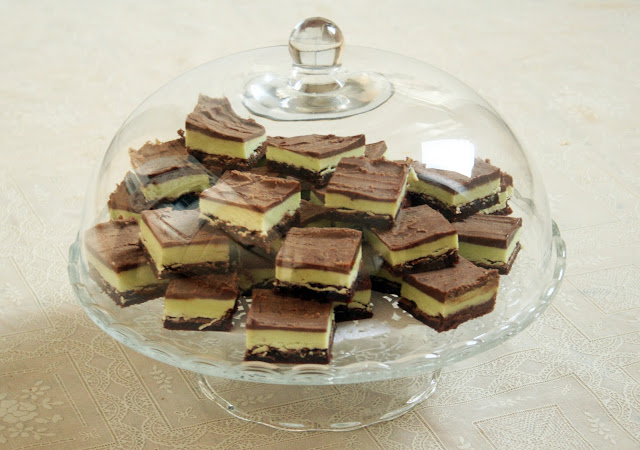 Abbie Dann
I am a Graphic Designer, Artist and baker. I understand aesthetics as well as taste. I'm a country girl at heart having grown up in Somerset. I've now moved up to the (cold) North but live in the beautiful city of Chester.